Jay-Z is the latest celeb to show his support for 21 Savage following his arrest by ICE.

On Wednesday, the mogul released a statement speaking against 21 Savage’s arrest as he lends his support. In his statement, Jay- Z said, “The arrest and detention of 21 Savage is an absolute travesty, his U Visa petition has been pending for 4 years. In addition to being a successful recording artist, 21 deserves to be reunited with his children immediately.”

Although 21 Savage is not an artist on Jay-Z’s label Roc Nation, TMZ reports that the company has reportedly hired some legal help in what they call “matter of injustice.”

Alex Spiro has been hired to assist with the case and told the site, “We are not going to stop until he is released, bonded out or in front of a judge … What we have here is someone who overstayed their Visa with an application pending for 4 years – not a convicted criminal that needs to be detained and removed but, by all accounts a wonderful person, father, and entertainer who has a marijuana offense which was vacated and sealed.”

21 Savage reportedly had a visa permit pending for 4 years before he reapplied for his U Visa in 2017. Reportedly, that may have led to a background check, which revealed that his visa was expired and led to his arrest. 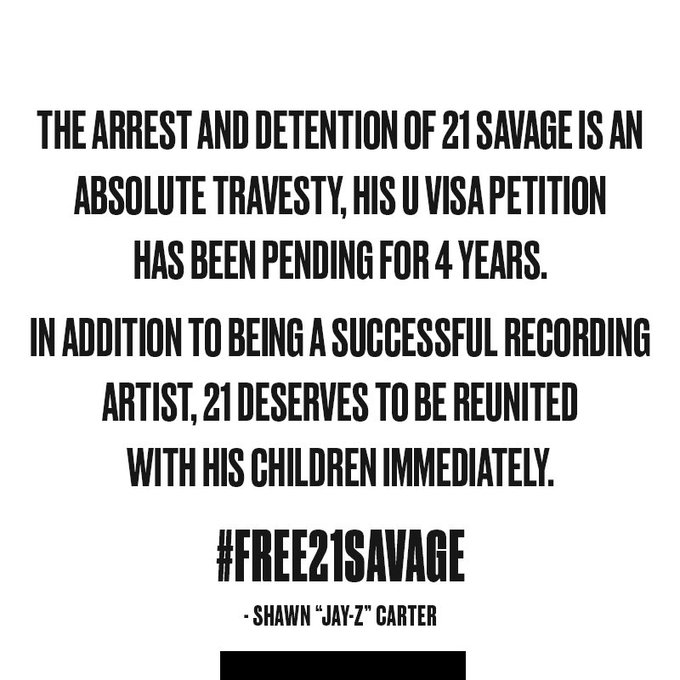 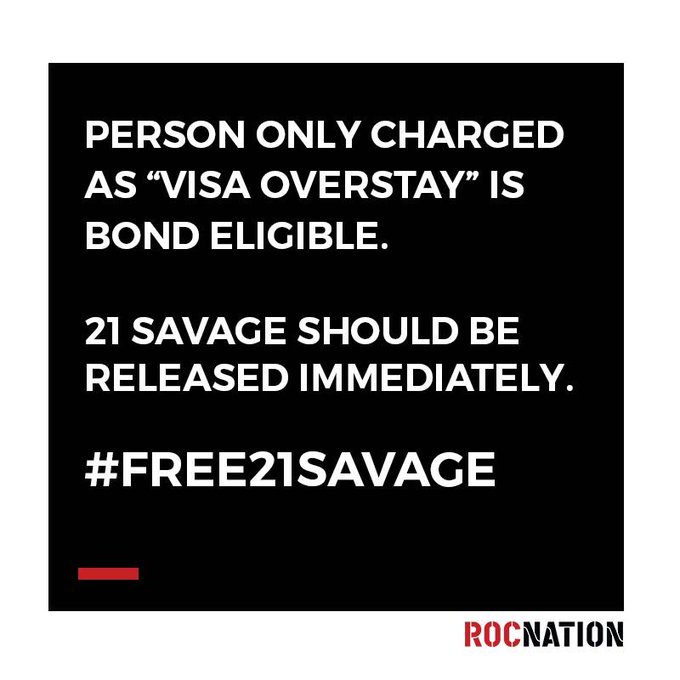